Many people fear to go to a dentist today. Be thankful you are in the modern era of dentistry and not living in ancient times. With the advance in dental field, today’s dentistry is much much safe and painless then thousands of years before. Did you know how were our ancestors used to get their dental treatment done. You can’t imagine how painful dental treatment they have gone through.

Historical evidence suggests that dentistry was in practice around the world like China, Egypt, India, Etruscan’s of Central Italy, Assyrians, and Japan even thousands years before. The earliest signs of dental surgery were between 3000 and 2500 B.C. and usually involved drilling out cavities or pulling teeth. It is hard to imagine having your teeth drilled into without local anaesthesia, but Egyptians by 1550 B.C had prescriptions for dental pain and injuries.

Egyptians are believed to have started using a paste to clean their teeth around 5000BC, before toothbrushes were invented. There is also evidence that the ancient Egyptians invented the first toothpaste, a recipe that included rock salt, black pepper, flowers, and mint.

An experimental reconstruction of a bow and flint-tipped drill used to bore through molar teeth found at a Neolithic graveyard in Mehrgarh, Pakistan. Photo source .

The oldest evidence of a dental filling was found in 2012 in Slovenia when a 6,500-year-old jawbone demonstrated that a cavity deep enough to impact the dentin layer of the tooth had been packed with beeswax. Scientists aren’t sure how effective this was, but it probably reduced the pain and swelling.

Historical records reveal numerous dental and hygiene procedures practiced by the ancient Egyptians. The Edwin Smith Papyrus is an ancient Egyptian medical text, named after the dealer who bought it in 1862, and the oldest known surgical treatise on trauma. The papyrus was written sometime before 3000 B.C. and it gives instructions on how to heal and treat wounds in the mouth.

The Ebers Papyrus, dating to the 16th century BC, contains eleven recipes which pertain to oral issues only. Four of these are remedies for loose teeth: the tooth in question is filled with a mixture that is akin to a modern day composite filling: a filler agent (ground barley) is mixed with a liquid matrix (honey) and an antiseptic agent (yellow ochre). This is either used as an actual filling, or as a splint to keep the tooth in place. Scientists performing CT scans on the head of a 2,100-year-old Egyptian mummy also found evidence for cavities being filled with linen, which may have first been dipped in a medicine such as fig juice or cedar oil.

The ancients egyptian doctors were familiar with almost all modern dental diseases.

Hesi-Re was the first named “dentist” in ancient Egypt and the world. He was an official, physician and scribe who lived during the Third dynasty of Egypt, around 1600 BC, and served under the pharaoh Djoser. 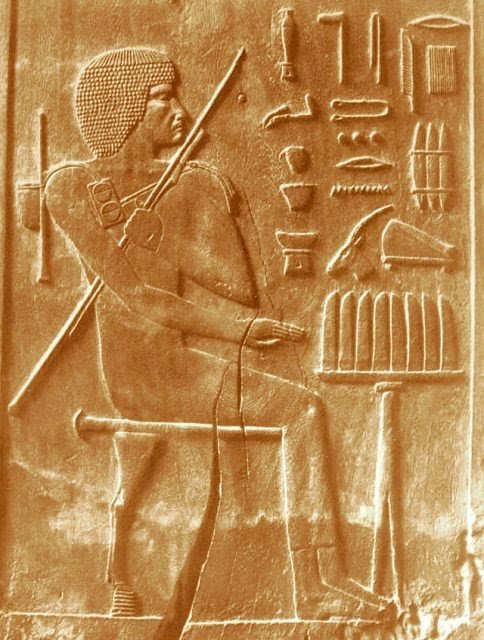 Relief of Hesy-Ra from his Mastaba,

He hold titles such as “Chief of Dentists and Physicians”, “Doctor of the Tooth” and “Chief of the King’s Scribes”. While he was ranked chief of dentists, it is not entirely clear what this title actually means, but he is credited as being the first man to recognise periodontal disease (gum disease). 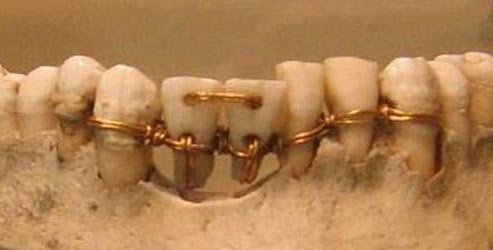 The Mayans are credited with being the masters of cosmetic dentistry as they were known to decorate teeth by embedding them with precious stones or by carving notches and grooves into them. Tiny holes were chipped out of teeth and ornamental stones—including jade—were attached with an adhesive made out of natural resins, such as plant sap, which was mixed with other chemicals and crushed bones.

The history of dentistry in China is closely aligned with the remarkable developments in Chinese medicine over at least six millennia. Rudimentary dental extractions were performed as early as 6000 BC, when the first signs of adornment with human teeth were described. Around 2700 BC, ancient Chinese started using acupuncture to treat pain associated with tooth decay. Doctors in ancient China treated toothaches with arsenic about A.D. 1000. They are also noted for their development of using silver amalgam for filling teeth. The Chinese were particularly advanced in their observation of the oral cavity.

In an ancient work called the Canon of Medicine, dentistry is discussed. A section of this work is dedicated specifically to mastication and deglutition. The Chinese were also interested in systemic diseases and their connection to oral-manifestations. For example, they recognized that prior to the development of measles, white spots would appear in a person’s oral cavity. Another significant area of study among Chinese surgeons in Chinese history of dentistry was oral surgery. Scientists have discovered many writings regarding the extraction of teeth and the instruments utilized to perform such tasks. 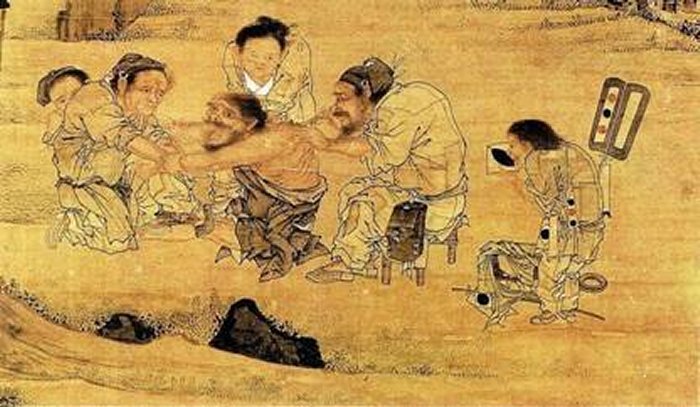 The great Sung landscapist Li T’ang depicts a country doctor cauterizing a patient’s arm by burning it with the powdered leaves of an aromatic plant. The treatment is called Moxibustion , which was widely used along with acupuncture for treatment such as relieving toothache.

There were actually four distinct periods of medical development in China: the Mystical Period; the Golden Period; the Controversial Period; and the Transitional Period. The Golden Period was marked by the appearance of the first textbooks to describe preventive and restorative dental techniques, as well as the first colleges. Dentistry then moved through the dark times of the Controversial Period, when war mongering stymied progress. Lasting until 1800 AD, it came to an end with the domination of Western medicine and dentistry.

Before the advent of the current medical establishment, many ancient cultures had believed that worms were the cause of various illnesses and diseases such as tooth decay known as cavities today. In fact, tooth worms have a long history, first appearing in a Sumerian text around 5,000 BC. 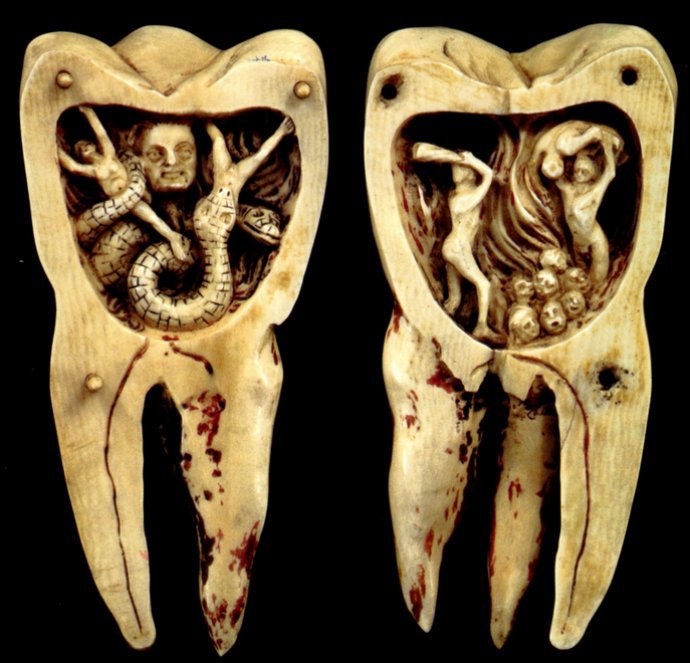 This is logical, as the holes created by cavities are somewhat similar to those bored by worms into wood.

The idea of the tooth worm has been found in the writings of the ancient Greek philosophers and poets, as well as those of the ancient Indian, Japanese, Egyptian, and Chinese cultures. In rural parts of India, some people still believes the worm theory.

The Chinese believed that there were worms in the teeth that caused tooth decay and pain. They had several remedies that they employed successfully to kill these worms.

The ancient Babylonians had also believed that worms in the form of demons had caused diseases in people.

It was Hippocrates in around 300 B.C. who was the first Greek to describe the process of tooth extraction and cauterization rather than relying on prayer. During this time, Claudius Galen, another medical practitioner, discovered that teeth were made of bone with nerves inside; before this discovery, the accepted knowledge was that the nerves were worms that needed to be removed to cure a toothache. 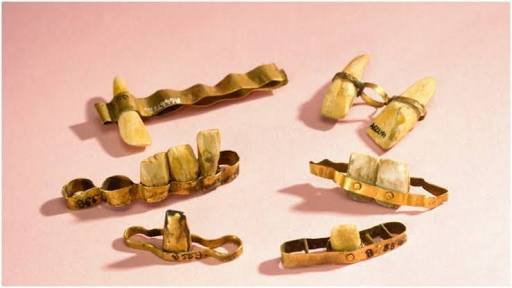 Pain relief was mostly done using honey and herbs and, in some cases, such as cloves, these ancient remedies can still be relied on today for short-term relief.

Pliny the Elder of Rome, however, describes a treatment involving burning a wolfs head or a pig’s trotter and rubbing the ashes on the offending tooth.

The Egyptians also had a remedy which was essentially the sliced in half carcass of a dead mouse.

What Are Scars? How to get rid of Scars?